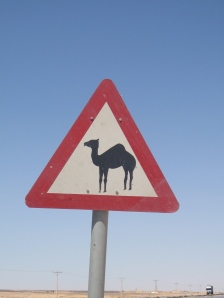 Ciao, Italy — loved you but decided to leave you…. inexpensive flights, tourist bargains in the Middle East and time to go before anything else happens led me to Amman, Jordan.   I visited all the four compass points and places in between–  crusader and Arab castles, deserts, Jordan River, Dead and Red Sea, Petra and Little Petra, Roman ruins, Hadrian’s Arch, towns whose names I can’t spell or pronounce…..

Difficult traveling without a driver if there is a timetable involved.  Sporadic buses, schedules change, and several tourist sites are not on the routes.  Rental cars were available, but I elected not to rent a car and travel alone.  So, opted for a driver to get me from A to B, etc.   Arrived in Amman, Jordan’s capital city with a population of 2 million people  A sea of white and rose-colored stone buildings covered the land – all I could think of was “breathing room only” …..  as the driver said “It started out like Rome built on 7 hills, and now, covers 25 hills!”  Since rock is NOT a problem, it is law that buildings are built of stone.   Amman is a city filled with shops selling all the normal utilitarian items, a mish-mash of shops selling tires next to vegetable stands next to coffee stands, posh coffee shops, malls, theatres, Roman ruins, multi million dollar homes, apartment buildings upon apartment buildings, hotels, a HUGE American Embassy with all the necessary concrete barricades surrounding it, and, everything and everyone bathed by the reflection of the sun off white stone structures… Mercedes/Hummers/BMWs competing with Nissans/Citroens/Toyotas and the taxis…and people.  Third world in some respects — the ever-present rods of rebar sticking up out of half-finished projects next to multi million dollar McMansions with a Starbucks on the corner.   English is a spoken language by most – so – easy traveling.

Dead Sea = people trying to get healthy soaking in a Sea that is shrinking/Red Sea = the Middle East Riviera with all the accoutrements..

Jordan River winds its way through salt brush and willows and,once a thriving river, now a dwindling water source being sucked dry by Israel and Jordan competing for irrigation rights…

Petra is awesome.  7:00am in the morning found me walking thru huge pink limestone canyons and thinking “Raiders of the Lost Ark”.   The semi marked trails looked down on temples and caves carved in the hills, bedouins tended their sheep and goats,  greeted by a woman selling tea on the trail… the occasional trail marker sign – key word occasional – and silence.    Returned to the main entrance at 4:00pm thru a mass of people/hawkers selling stuff/men offering rides on horses — so glad I arrived early in the morning…I could have stayed another 3 days and explored more, but wanted to see all — so — went on to the Wadi Rum desert area.  Driver dropped me off at a small stone house, met the jeep driver and off we went in his 200?? ladies Mitsubishi jeep, described such because it was an automatic.  Empty desert during the summer and fall, and winter grazing for the bedouins’ goats and sheep.  The desert guide’s English was limited, but we did manage to have the following conversation:  DG = desert guide & L = Lisa

L:  No, alone with sons and granddaughter – many family members. (that seems to put me in some type of OK standing, not great, but OK)

L:  (You have GOT to be friggin’ kidding me….) Well, somehow I don’t think that would work well.  I have family in USA.

DG:  (Face immediately falls, smile gone – reality sinks in –‘ just lost 12 good working years from this woman who seemed so promising initially’… )  No, you not.  You are 48 or 49.

Silence followed, hopes dashed, acceptance seeped in and back to conversation about the million stars in the desert night sky while we raced over sandy roads to see the next petroglyph, I climbed on correct rocks for a photo,

he made tea on an REI camp stove(!) and spoke about walking in the desert and mountains before he moved into a village with houses.  Missed the bedouin days.  No guile – straightforward – a desert cowboy.  At his house, though, was a Sheik of a large Bedouin tribe — gun holstered on his waist, large knife in waistband, black Mercedes with dark tinted windows parked in front of the desert guide’s house.  This man was a serious looking soul not to be taken lightly — which I did not, and looked at my driver and we left!

Castles from the crusaders days, and castles dating back to 8th C. provided a welcome respite from the sun — incredibly cool inside with 2 feet thick stone walls, passage ways, tunnels for man and animals, intricate water systems, Romans to King Richard to Lawrence of Arabia…..my mind romanticized about it all.  One of the most outstanding castles was in Eastern Jordan – a hunting pavilion and bath house with murals on the walls.  It was in process of being restored.  The eerie isolation of this place added to the bleakness of the Northern Jordanian desert comprised of scrub bush, basalt rock and sand and added another dimension to the rumble of long haul trucks taking supplies to the Iraqi border and beyond. 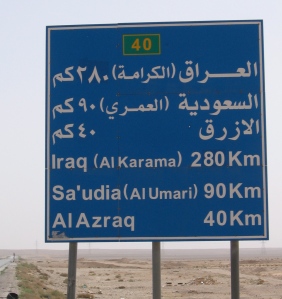 Life goes on in Jordan — a country surrounded by strife — Egypt, Israel, Palestine, Syria, Iraq – the Jordanian king visits his people constantly, he is well liked and respected, peace is paramount in everyone’s mind — I have been welcomed as an American and have never felt any hostility — I can best describe it by — Every place I go, I always say “Hi, how are you?” and the response most of the time “Hello, you are American — you are always such friendly people.”  Never talk politics – there is a separation between the political world and the American populace – at least, that is what I have experienced here in Jordan.  I am so grateful to gain a better understanding of the people and their culture.  Will be heading on to Jerusalem/Bethlehem/Jericho …. 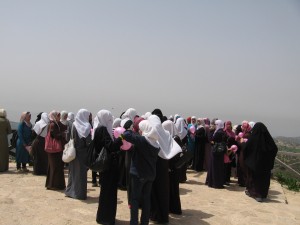 Jordanian girls sending off pink balloons in hopes of peace in Palestine. 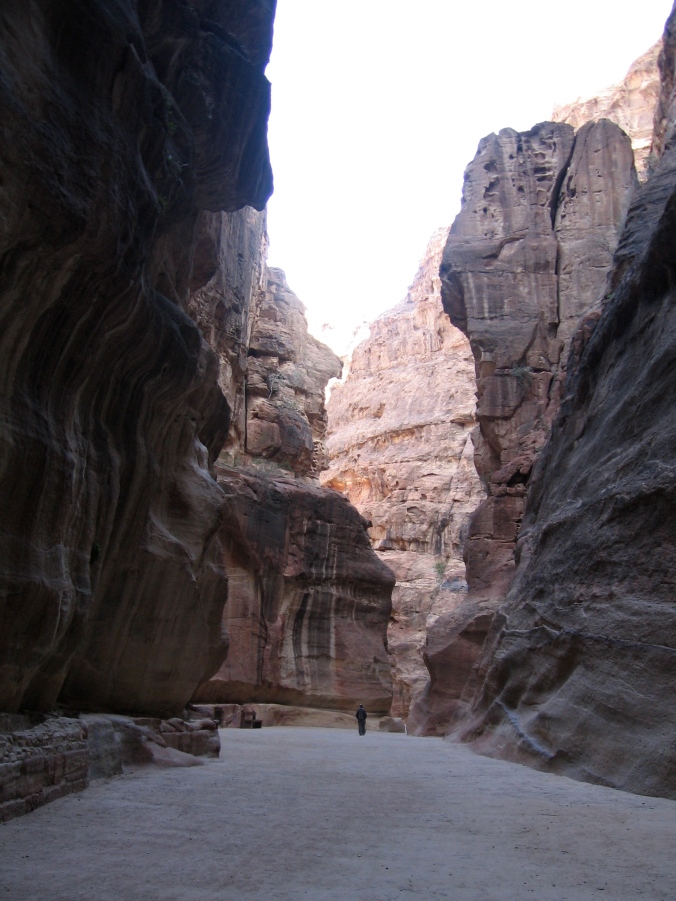 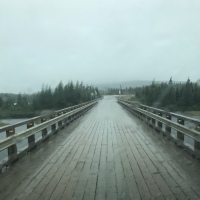 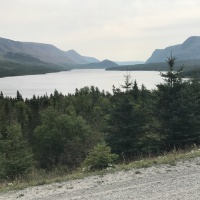