Have lost a whole section of photos..sometimes I feel like DESTROYING the i Phone, but I think when those urges strike: breathe deeply and let that go, Lisa. Right. AFTER I throw it through the window, it hits the pavement, and a massively huge truck tire runs over it.  So take THAT Apple.  Ah—feel much better!

Mabel, Alice and I traveled 95% of all the roads in Newfoundland and I loved it. People are wonderful. I think they were all born with a “nice gene” in addition to Scottish, Brit, Welsh and Basque. We visited tiny towns, trendy towns, fishing villages, off the beaten track – like – “Oh Christ, how did we end up here” towns and enjoyed ourselves immensely. Not sure if Mabel did only because some of the roads weren’t that great, but she did get to rest quite a bit since Alice and I walked on trails and through towns.

Lack of roads and rain that would just not stop dissuaded me from driving south of St. John’s. We managed to still see a good amount of Newfoundland and again, left with a greater knowledge and understanding of a Province I never really knew much about. A side note: It took everything I had, every ounce of will power not to return with a Newfie puppy. All I can say is: OMG! But common sense won and a cute little brown 10 pound puppy turns into this:

160 pounds of a swimming hauling working-dog machine! Fun fact: Newfies have webbing between their toes and they do a breaststroke when swimming!

I cannot say enough about how much I enjoyed the people and the Province. One consistent theme that I noticed was people moving either as part-timers, retirement or to make a new life in a small town. The new boats, the restored houses, the trendy shops with architecturally-driven angular silver rings to the little craft shop with traditional woven socks. Wherever I was, the atmosphere was the same: welcoming smiles, “what can I help you with, my love?”, “come to our house for trout tonite”, “long way from home aren’t you dear?” House prices are starting to go up and monetary divisions are visible in some towns.  I did not pick up on any animosity towards the newcomers, which was nice. The countryside is a never ending palate or mountains, lakes, rivers–all with the pulsating knowledge the sea is close.

Camping in the Canadian Provincial Parks is always a treat. I compared it to Starbucks (!!) to one person..always consistent. They are clean and spacious and usually with access to a few trails. There were a few of us campers who kept reconnecting at other campsites or in the various towns and we would compare notes or give suggestions to other places they had seen.

Driving to one town, Fleur de Lis, I saw two huge mining pits. Mining used to be iron/ore, as in Labrador, but in the 1980’s copper, zinc, gold and silver took over. In 1955, John-Manville Co. opened an asbestos mine. During the 70s, asbestos related illness began to be reported, and the first Canadian strike happened based solely on health and occupational hazard. The Company eventually agreed to the workers demands and stayed in operation until 1980 when more scrutiny was given to asbestos. Manville sold it to another company and operations never became viable again because of the markets and health issues. What is left is this:

What we do to our planet.

If the armchair traveler is percolating in your soul, please take a seat and enjoy the show. 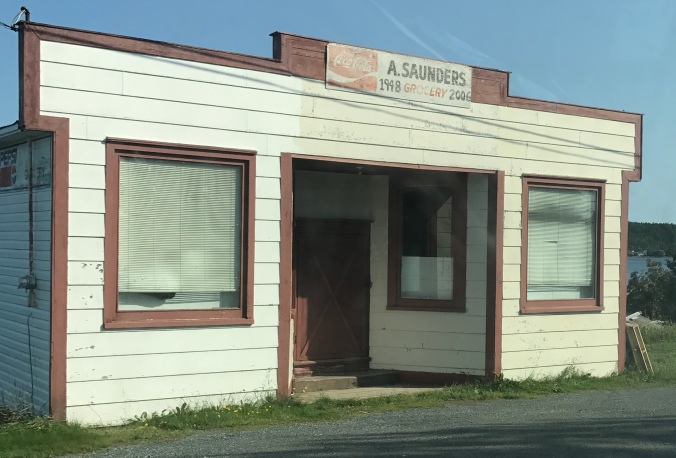 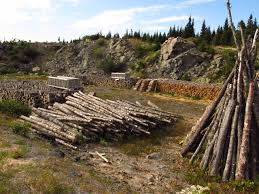 LET’S ENJOY THE SUN BEFORE WINTER SETS IN. THINK WE HAVE ENOUGH WOOD AT LEAST UNTIL JANUARY! 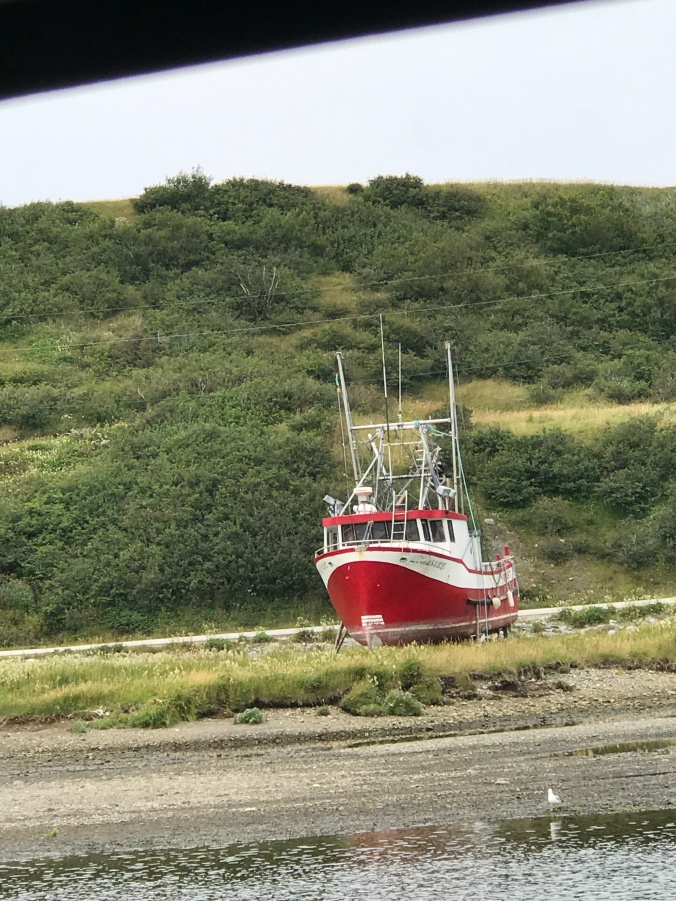 LET ME TELL YOU SOME STORIES ABOUT THE SEA

I TOOK THIS PHOTO THROUGH THE VAN’S WINDOW. HOW AWESOME IS THIS! 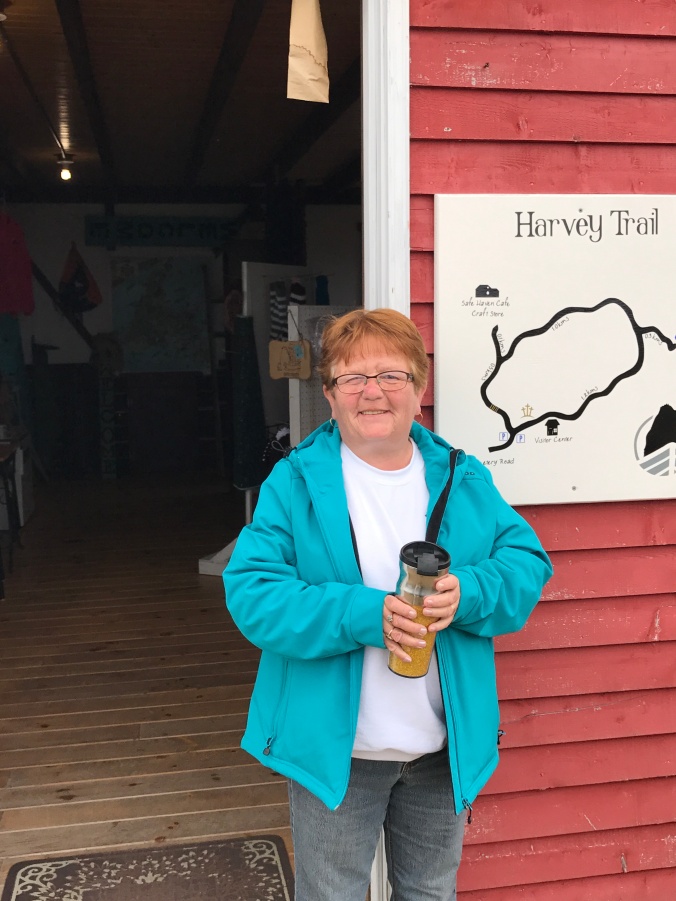 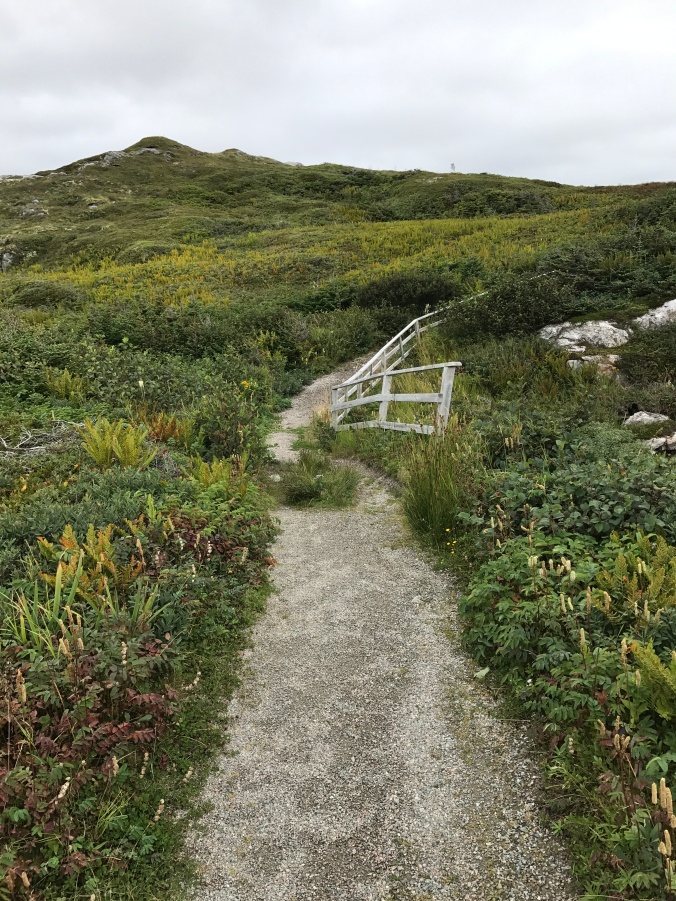 “Alice, you better stay on the trail…that little lady is tiny but…..!” 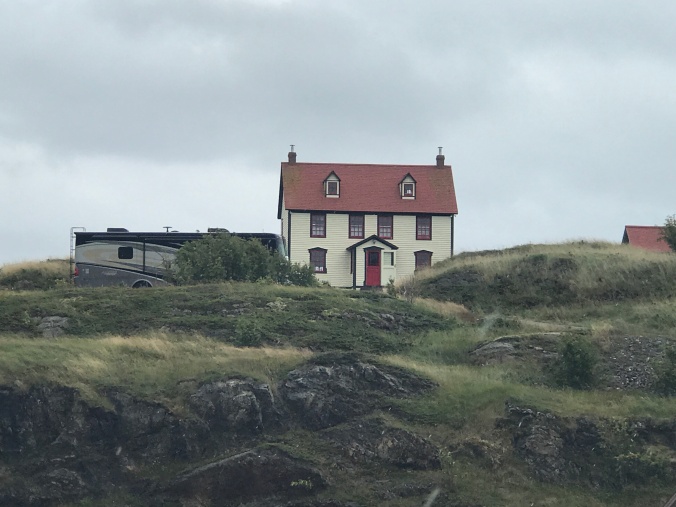 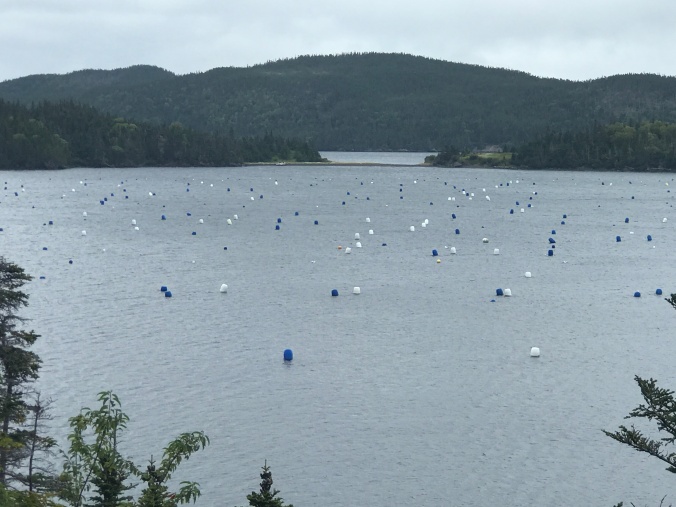 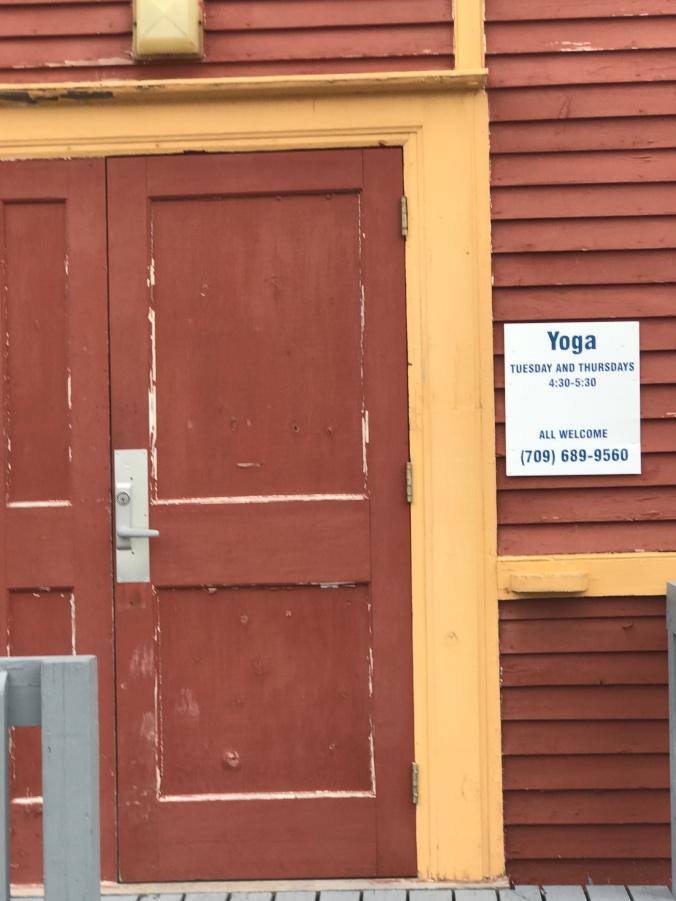 “UH-OH, NEW PEOPLE HAVE DEFINITELY MOVED INTO THE AREA!”

I say “Good-bye” to Newfoundland.  What an enrichment to my life. Simple living.