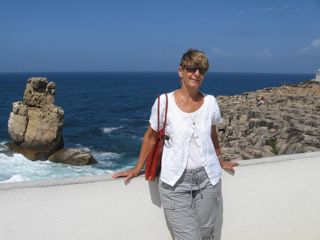 I have been exploring my entire life, at least that is what it seems like. I traveled in early childhood with my mom to Mexico constantly because of her family’s ranching business; in my teens, we traveled to Europe; and in my career, firms transferred me to different cities in California. By my forties, I began to see the world without the tether of raising children or conventionality. Cooking on a private boat from Costa Rica to Puerta Vallarta cured me of any romanticism of boat travel since I never “grew” sea legs–not even a little bit! Bolivia, Peru and Ecuador’s buses and solo traveling introduced me to seeing a country without the trappings of “tourist travel”: guides, ***rated hotels, bus tours and similar travelers. Mongolia fed the travel bug with horseback-riding through the Altar Mountains and on the shores of Lake Baikal. Korea’s kimche did not appeal to me but my eyes soaked up Korea’s gorgeous art of embroidery.

After a few years of owning a B&B and no desire to make another lemon-curd filled lemon pancake or blueberry muffin, I vacationed in New Zealand for six weeks with stops in Tahiti and South Pacific Isles. Eventually I sold the B&B and traveled to Asia where a four week trip to Thailand turned into a year’s journey throughout Asia.

In June 2010, I left as a Peace Corps Volunteer for Senegal, it was a short stay filled with sickness.  While recouping in Portugal and mulling over what to do since my house was rented, I decided to continue on to France that led to Italy and Greece with a two week detour to Jordan and returned to the US June 2011.

My bucket list has always included a road trip throughout North America. Glancing through Craig’s List one day, an ad jumped out at me: “2002 Roadtrek, a fully contained small RV for sale $25,000, 44,000 original miles.” After five years in Taos, NM, I was ready to travel again.

Five days later, I purchased the van, named her Mabel and began to refurbish her for the road trip of my dreams. Flexible marine solar panels provided 360 watts of power in addition to the already installed generator, Bilstein shocks, extra springs in back, 265 Michelins, Garmin navigation and Kenwood sound system, CB radio, UBS hook ups in the sound system & solar system monitor in back were installed. She may be a bit old, but she is sound with her Chevy 3500 chassis and V8 engine.

May 2017 I started from Taos, NM and the road trip began through North America and am still on the road.

Lisa spent her childhood on the family’s ranch in Southern Arizona. College, marriage and an office management career took her to California and New Mexico. She returned to the ranch in 1993. After the sale of the ranch in 1999, she owned and operated a B&B in Tubac, AZ and currently lives in Taos, NM.  She teaches yoga, writes, hikes, and is a solo-traveler.

In 2014, she published a memoir about growing up on the ranch which borders US & Mexico.  A Slow Trot Home is available on Amazon or your local bookstore.  The memoir received: Honorable Mention-Arizona Books 2014, Best Book September 2014 Tucson Citizen News, Best Cover 2nd-New Mexico Writers.

“1958 was the year life came into focus for Lisa Sharp. Her mother, newly divorced, began the move from California to the San Rafael Cattle Company, a 22,000-acre cattle ranch south of Patagonia, Arizona. Leaving the city life behind, Lisa and her family traded paved roads, dependable electricity, and telephones for wide open spaces, prairie grass, horses, and cattle.” …excerpt from A Slow Trot Home